Disclaimer: I certify that I have received no financial renumeration, goods, or services for the content of this post. 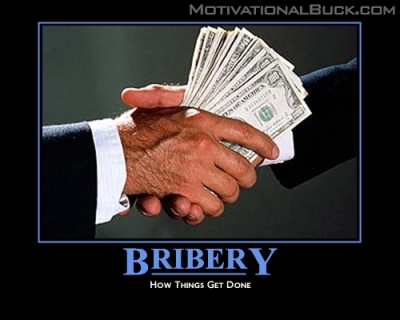 I know you’re all shocked that the superPacs have yet to contact me, but under a proposal before the California Fair Political Practices Commission, bloggers expressing political opinions might have to insert such a disclaimer.  Last Thursday, FPPC chairwoman, Ann Ravel, announced plans to make such disclosure “suggested” for this November’s elections, and mandatory thereafter.  http://tinyurl.com/773olq2

This stirs up many questions, the first and foremost being, why?  Why focus on bloggers when we all know victory in this election will cost hundreds of millions of SuperPac dollars?  For attack adds on TV, not a few hundred blog posts.

The current FCC push to force TV stations to post the sponsors of political adds is news.  A district court decision to allow superPacs to solicit political add time on PBS stations is news.  The fact that bloggers post their opinions is not.

I believe some politicians cannot abide a medium that is beyond their control, and political blogging is a macguffin as defined in Neal Gabler’s marvelous book, Life, the Movie (look under Book Reviews here for more info). Gabler writes:

“It was with Kennedy in mind that Norman Mailer in 1960 prophesied that ‘America’s politics would now be also America’s favorite movie’…Candidates were the putative stars, the primaries open costing calls, the campaign was an audition, and the election itself the selection of the lead, while the handlers served as drama coaches, scriptwriters, and directors.  As for substantive issues, though they couldn’t be purged entirely, they largely became what film director Alfred Hitchcock…once called macguffins-that is, they were the excuse for setting the whole process in motion though they have virtually no intrinsic value.”

That helps me understand why Ms Ravel would float such a silly proposal.  How would the California FPPC try to regulate bloggers living out of state?  How much money would I have to rake in to be required to disclose?  Five dollars?  Fifty?  Five-hundred (I wish)?  Will twitter or Facebook users have to disclose as well?  What about book reviews?  Will I have to disclose which publishers are buying my pearls of wisdom?  What about lucrative Hollywood kickbacks for my movie reviews?

I think this proposal is a bluff intended to float the notion that bloggers need to be regulated, a move toward the slippery slope of controlling what we can and cannot say.  This being America, the pols still have to tie such actions to some concept of “fairness,” although here it’s pretty thin.  To go after bloggers who might somehow make a buck when Citizens United rules the day is like meeting a Martian invasion with mosquito spray.

But now it’s time for a quick commercial break: