“One day the great European War will come out of some damned foolish thing in the Balkans.” – Otto von Bismarck, 1888.

“To have to go to war on account of tiresome Serbia beggars belief.” – Queen Mary of England, August, 1914.

By all accounts, the summer of 1914 in Europe was the sweetest anyone could remember. To many, it seemed like the new century had ushered in an era of prosperity and peace. Everywhere, the middle classes were growing. Globalization was the order of the day. There hadn’t been a continental war in 50 years, and you could travel the world without a passport. 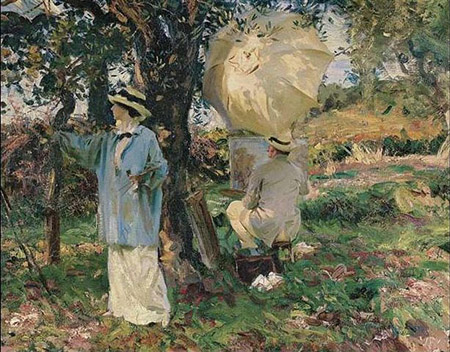 Below the idyllic surface, a storm was brewing. At the beginning, as at the end of the 20th century, the Balkans were the least stable region in Europe. In 1908, Austria-Hungary annexed Bosnia from the Turks, whose influence was waning. Nationalistic fervor ran high through the region, and the Bosnian Serbs longed to reunite with the nation of Serbia. During the last weeks of June, 1914, six young Serbian men, members of The Black Hand, a radical nationalist group, slipped into Sarajevo with the intention of killing Archduke Franz Ferdinand, heir to the throne of the Austro-Hungarian empire, on his scheduled visit to Bosnia. By a strange coincidence, five of the six would-be assassins were tubercular teenagers, including, Gavrilo Princip, 19, whose ambition was to die as a martyr.

On the morning of June 28, the six positioned themselves along the route Franz Ferdinand and his wife, Sophie, would travel by motorcade. The first assassin hurled a pocket bomb at the Archduke’s car, but the driver, alerted by the detonation of the bomb’s percussion cap, accelerated and the device exploded under a following car, injuring two other passengers. The motorcade rushed past three more assassins who did nothing; when they were captured, two made excuses while the third confessed that he’d lost his nerve.

After a speech at the city hall, Franz Ferdinand announced his intention to cancel the rest of the parade and go to the hospital to visit the two wounded men. Unfortunately, no one told the driver of the change in plans. He continued along the original route, past another assassin who did nothing.

When the driver was finally alerted to his mistake, he stopped the car to turn it around – by a fateful coincidence, just five feet away from the sixth assassin, Gavrilo Princip. Princip fired two shots, hitting the Archduke in the throat and Sophie in the abdomen. “It is nothing, it is nothing,” Franz Ferdinand said. An hour later, he and his wife were dead.

Initially, the assassination caused little stir in the capitals of Europe – it was all too common in the early years of the century. In the previous two decades, presidents of the United States, France, Mexico, Guatemala, Uruguay, and the Dominical Republic had been assassinated, as had Prime Ministers of Russia, Spain, Greece, Bulgaria, Persia, and Egypt. So had kings, queens and empresses of Austria, Italy, Serbia, Portugal, and Greece (source: A World Undone by G.J. Meyer).

No one went to war over assassinations. Franz Joseph, Emperor of Austria-Hungary, did not even like his nephew, Franz Ferdinand, who had become the heir after his own son committed suicide. The emperor seemed almost relieved that the Archduke was gone. First the nephew had defied his uncle by marrying Sophie, who, as “mere” countess, was not of a suitable rank to be wife of a head of state. Even more onerous, the Archduke espoused progressive ideas which his uncle, born in 1830, could not tolerate.

While the rest of the world and the Emperor himself moved on, other high ranking officials within the Austro-Hungarian government sought to exploit the assassination, as an excuse to punish Serbia. By the turn of the century, Austria-Hungary was a second-rate Empire in decline, economically, militarily, and in the eyes of the other western powers. Field Marshal Franz Conrad was convinced that the empire could only recover its standings by asserting itself in the Balkans, beginning with ending the “Serbian problem,” which ideally meant, ending Serbia itself. He had proposed war against Serbia 25 times in 1913.

Count Leopold von Berchtold, the Austrian foreign minister, was a wealthy, pleasure loving aristocrat who owned a racing stable and was famous as a ladies man. “He was also widely regarded as weak, lazy, frivolous and unreliable,” according to G.J. Meyer. Knowing he needed to boost his reputation, he too saw war on Serbia as an opportunity. In Meyer’s words, he had become dangerous – “a weak man, determined to appear strong.”

Conrad and Berchtold drafted a 10 point ultimatum so strict they were sure the Serbs would reject it. For a number of reasons – internal wrangling as well as external political considerations – the ultimatum was not delivered until 25 days after the assassination, when its connection to the event had grown even more tenuous.

Serbia’s powerful ally, Russia, had been led to expect a milder response. Sergei Sazonov, the Russian foreign minister, flew into a rage. “You are setting fire to Europe!” he told the Austrian ambassador. Advisors told the Tsar that failure to help their Slavic brothers in Serbia might trigger a revolution.

After almost a month of quiet following the Archduke’s assassination, the crisis burst upon all the nations of Europe. Forty-eight hours after receiving the Austrian ultimatum, Serbia announced it could not accept all of the demands. Diplomatic relations were severed, and both countries began to mobilize. Adding to the chaos at the end of July, “mobilization” meant different things in different countries.

In Russia, the process took weeks. Thousands of peasant reservists had to be notified, some living hundreds of miles from the nearest railroad. In sharp contrast, German mobilization was based on “the Schlieffen Plan,” which assumed the nation would face a war on two fronts. Mobilization meant war, with a lightning attack to the west, designed to defeat France in 40 days so the armies could turn east to face Russia. Frantic last moment diplomacy failed. Persuaded of the necessity by the military, Kaiser Wilhelm gave the order to proceed. On August 2, German troops crossed into Luxembourg, and the shooting began.

Fired by nationalism and 19th century ideas of honor and glory, young men in all the combatant nations flooded recruiting centers. French troops, boarding trains for the front, called, “A bientot” (“See you soon.”) to those who waved from the platform.

Not everyone was so sanguine. On August 3, after Germany declared war on France and invaded Belgium, Sir Edward Grey, the British foreign secretary stood at his window as dusk fell and the lamps were lit. “The lamps are going out all over Europe,” he said. “We shall not see them lit again in our lifetime.”

5 thoughts on “On this day a hundred years ago”