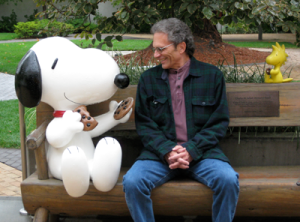 I named this blog for a phrase in the opening stanza of T.S. Eliot’s, The Four Quartets, in a passage about visiting the imaginal realms where memory and imagination meet:  “Through the first gate, into our first world, shall we follow the deception of the thrush?”

Later it became The First Gates, plural, as I discovered other related gates.  The First Gate, is the name of the first of several passages you go through to reach a traditional Korean Buddhist temple.  It’s a dangerous test for the young hero, Atreyu, in The Neverending Story in his effort save the realm of imagination from “The Nothing” – a parable for our times if there ever was one!

This blog is no longer About what it was in the beginning.  My initial focus was fiction and the process of writing.  Later I included spiritual topics, but from my current perspective, the thread animating all these posts is imagination.  Not only artistic “creative imagination.”  I use the word in the wider sense employed by psychologist, James Hillman, an influential post-Jungian thinker:

“By soul I mean the imaginative possibilities in our natures…that mode which recognizes all realities as primarily symbolic or metaphorical” – James Hillman, Revisioning Psychology, 1977.

That is my focus now – a ramble through many topics, linked by my curiosity to find, “the reality in our fantasies and the fantasy in our realities.”

Thanks for stopping by, and I hope you will do so again!  –  Morgan Mussell (pronounced, mew-SELL)