This is, in essence, a double reblog, in which you will meet two interesting writers in the field of folklore. The first is Benton Dickieson of Prince Edward Island, Canada, who blogs at A Pilgrim in Narnia. The second is the author he presents, J. Aleksandr Wootton, self described “Author, Folklorist, Poet, Book-Worm, Faerie Historian, Cultural Critic, and Virginian.”

Writing on the “Supposed Unsuitability of Fairtales for Children,” Wootton has much to say including a fine summary of a subject I’ve circled about on several occasions, attributes of successful fairytale heroes and heroines:

“The world is fraught with danger, including life-threatening danger, but by being clever (always), honest (as a rule, but with common-sense exceptions), courteous (especially to the elderly, no matter their apparent social station), and kind (to anyone who has obvious need), even a child can succeed where those who seem more qualified have failed.”

Enjoy the websites of both of these folklore enthusiasts.

A Pilgrim in Narnia 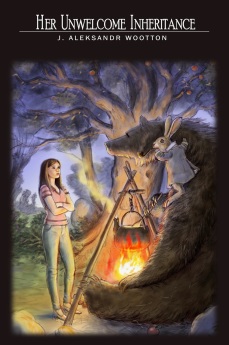 J. Aleksandr Wootton chairs the fictional Folklore Studies department at Lightfoot College, where his research focuses on post-war Faerie. He has authored Her Unwelcome Inheritance, an account of fairy refugees on earth, and has recently published a poetry collection titled Forgetting: Impressions from the Millennial Borderland.

For more on his writing, or to contact him, visit www.jackwootton.com.

“On the Supposed Unsuitability of Fairytales for Children”

Shortly after supporting a local library event promoting fairytale literature, the folklore department at Lightfoot College received an animated communication from a very concerned mother regarding, in short, the “unsuitability of fairytales for children.”As this seems to be a rather widespread idea (I might mention the Daily Telegraph article of February 12, 2012) as well as an oddly long-lived one, I take the liberty of public response.Dear Madame,

Though you may be unaware of it, your email represents sentiments that have…

6 thoughts on “‘On the Supposed Unsuitability of Fairytales for Children” Guest Post by J. Aleksandr Wootton”