“Inflection point” is an interesting concept.  Originally a term from calculus, it signifies the mathematical point where a curve changes from convex to concave or vice-versa.

When I was at Intel, Andy Grove, the CEO, spoke of inflection points as key moments of transition in the life of a business or industry.  Here is a good definition of that usage from Investopedia:

“An event that results in a significant change in the progress of a company, industry, sector, economy or geopolitical situation. An inflection point can be considered a turning point after which a dramatic change, with either positive or negative results, is expected to result.”   http://www.investopedia.com/terms/i/inflectionpoint.asp#ixzz1kdT0EAcg

I don’t think we can clearly see inflection points until after the fact.  We can sense the importance of an event, but not be sure until we see the results.  Apple’s introduction of the iPod was such an inflection point, but even if Steve Jobs sensed it, the rest of us didn’t how thoroughly the way we listen to music would change. 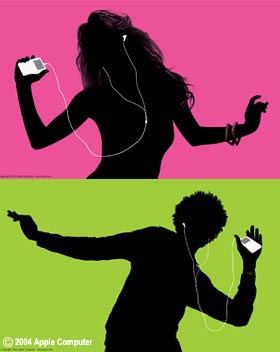 A sadder inflection point became clear last week when Kodak filed for bankruptcy.  That was the moment, in 1975, when Kodak invented digital photography, but then chose not to purse it.

I spotted something last night that made me even more certain that Amazon’s introduction of the kindle will be seen as such an inflection point.

Last week I wrote about hearing a talk by Mark Coker, founder of Smashwords.  http://wp.me/pYql4-1DD.  Last night I saw that Coker is one of two keynote speakers, and is presenting three workshops, at one of the better writing conferences, the 28th annual San Diego State conference, taking place this weekend.

I attended the SDSU conference in 2007 because I’d met someone who sold her book there.  In 2007, one speaker talked about Print on Demand.  Ebooks were not even mentioned.  This year there are the same number of seminars on traditional publishing as there are on ebook publishing, and this in a conference that draws a lot of agents and editors. http://writersconferences.com/index.htm

I did a rough count of seminar topics, judging their their emphasis as well as I could by the titles:

To me, these numbers do not signify an inflection point; they signify an inflection point that has already passed.  Last week I heard an established writer say “the jury on ebooks is still out.”  I don’t think so.  I think the battle is already over.  When new technologies affect traditional media, be it music, photography, or writing, they always carry it toward greater democracy, toward putting ever more powerful tools in everyone’s hands.  This does not appear to be a reversible trend.

We all miss certain artifacts after they’re gone.  Some music lovers swear by the sound of vinyl, and while I don’t miss the darkroom, silver prints could be beautiful, and I love old kodachromes.

I hope we don’t see a day when paper books become collectors items, but nostalgia will not hold back the tide, especially when it’s grounded in both a sense of personal freedom and economic reality.  To paraphrase what a Zen teacher said about change:  we can be okay with it.  Or not be okay with it.  The one thing we cannot do is stop it.

Yep, thats me. How many artifacts of the past can you count?

10 thoughts on “Of Inflection Points and eBooks”