Many of you will have heard the old Chinese curse, “May you live in interesting times.”  We do, beyond any question.  With a longstanding interest in folklore, I often find myself wondering which, if any, of the old tales can speak to us now and illumine our situation?  I always come back to the trickster stories.

Trickster tales are told around the world and may be among our earliest stories; in some traditions, tricksters create the world and bring fire to humans.  Sometimes benefactors and sometimes criminals, tricksters are contrarians, rule breakers, restless beings who disrupt and disturb, who keep creation moving, dealing out life and death in turn.

Groucho Marx, Loki, all of Shakespeare’s fools, and many animals, from Coyote, to Spider, to Br’er Rabbit are tricksters.  We named our first rescue dog Kit, short for Kitsune, which is Japanese for “Fox,” another famous trickster.  The reason should be obvious in this picture: 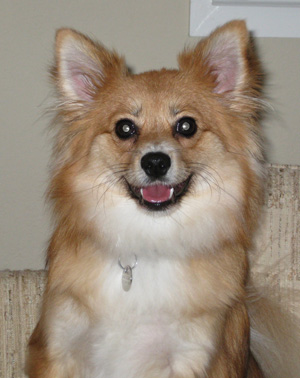 We have to lock the windows when driving with Kit because she knows how to hit the window button with her paw to roll it down so she can hang her head out, bark at other dogs, and catch the breeze. If Kit had thumbs, we’d be in serious trouble!

Establishments have little use for tricksters, and it’s easy to see why.  We may like them in the movies, but no one wants the Three Stooges to work on their plumbing. Schools are ruthless in their suppression of tricksters.  And yet, in times when the norms break down and the culture looses its rudder, trickster energy may be what we need.  Free of cultural norms and concern for what is polite or even legal, tricksters focus on what will work in the here and now.

After interviews with twin tower survivors, researchers discovered that people waited an average of ten minutes before deciding to exit the buildings.  “Do you think we should leave?”  “Will we have to use vacation time if we go?”  “What about the report I have to finish?”  Once they decided to exit, survivors spent several more precious minutes logging out of their systems and locking their desks and file cabinets.

Researchers concluded from this and other studies, that the human brain is often dangerously slow in reacting to radically different events or disasters.  These are the times when we need trickster energy.  Unbound by convention, the trickster jumps on a desk and yells, “The sky is falling – get the f**k out!”

Allan Chinen, M.D., a psychiatrist and professor of psychiatry, wrote about tricksters from the Jungian perspective.  In 2012, I discussed his Once Upon a Midlife, an analysis of folklore aimed at that stage of life.  In 1993, Chinen published Beyond the Hero:  Classic Stories of Men in Search of Soul.

Chinen argues that despite popular concepts and movies like Man of Steel, The Hero is not the core masculine archetype – the Shaman/Trickster is an older, wiser, and more primal energy.

Like most Jungian’s I have read, Chinen regards tricksters as primarily masculine archetypes.  I’m not sure how opinion stands in currently folklore studies; much work has been done with women’s tales in the last 20 years.  It is Gretel, after all, who uses trickery to kill the witch and save her brother.  Only by wiles can Bluebeard be defeated or brothers saved from various enchantments.

I suspect the difference is that full-time tricksters like Coyote are usually male.  You see it in children at play too, and sadly, it is overwhelmingly boys who get dosed with ritalin when they’re not docile enough for the modern classroom.  As Jung and Hillman both observed, what a culture defines as pathology may say more about the culture than the people it labels as defective.

Guardians of the status quo are wary of tricksters and with good reason.  They are almost always subversive – the Stooges only throw pies in the homes of the 1%, and Charlie Chaplin was no friend of the captains of industry.

To personify self-preservation; to point out the shadow of a dominant culture; to keep the flame of hope and spirit alive; to demonstrate the power to wit to those who are disenfranchised.  Scholars now believe the Br’er Rabbit tales performed such functions for slaves as the Coyote stories did for Native Americans on the reservations.  In all likelihood, these are the gifts tricksters have given for untold millennia.

Next time I’ll look at a classic trickster story that Allan Chinen told, with an eye to it’s relevance for the 21st century.

6 thoughts on “Notes on Trickster stories”