Words can sometimes illuminate.  Bill Moyers’ recent interview with Marty Kaplan, Professor of Entertainment, Media, and Society at USC, gave me a phrase that crystalizes the sense of despair that increasingly follows attending to current events.  “Our spirits have been sickened by the toxins baked into our political system,” Kaplan says.  That’s one definition of what he calls, “Informed Citizen Disorder.” 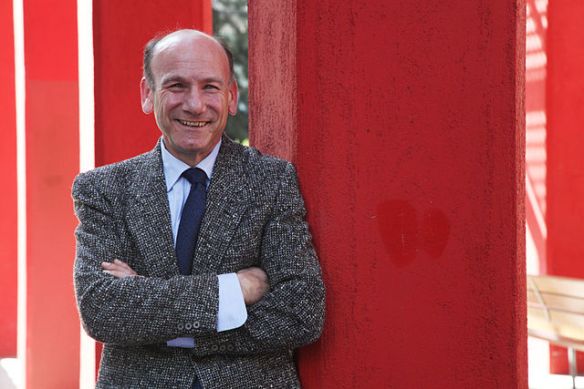 Kaplan has an impressive and varied resume; a degree in Microbiology from Harvard; a Ph.D in Modern Thought and Literature from Stanford; twelve years as a Vice President at Walt Disney Studios.  Kaplan wrote speeches for Walter Mondale and co-authored the screenplay for The Distinguished Gentleman (1992) starring Eddie Murphy.  He was the founding Director of the Norman Lear Center at USC, which studies “the social, political, economic and cultural impact of entertainment on the world.”

In the interview with Moyers, called Weapons of Mass Distraction, Kaplan spoke of the weeks he recently spent in Brazil, watching the widespread protests against “political corruption, economic injustice, poor health care, inadequate schools, lousy mass transit, [and] a crumbling infrastructure” while the government spends billions to host the 2014 World Cup and the 2016 Summer Olympics.

One of the obvious questions Kaplan asks is where are the protests in our country?  With ills so blatant and parallel to Brazil, where is our outrage?

“Sickened spirits,” is one of his answers.  Another is misdirection; what passes for journalism often has us asking the wrong questions as it feeds us “the infotainment narrative of life in America.”  Learned helplessness is another factor that Kaplan often cites.

Learned helplessness entered the language of psychology in a now-famous experiment conducted by Martin Seligman in 1967.  Dogs were subjected to electro-shocks with no means to avoid them.  Eventually, they stopped looking for an escape and entered a passive and “hopeless” mode.  In the experiment’s final phase, when means of avoidance were introduced, the dogs did not discover them, because the helplessness had been so thoroughly learned they no longer even tried.  Researchers had to retrain them to manipulate their surroundings again.

The analogies to our situation are obvious.  Citing incidents like the lack of change after Sandy Hook, Kaplan wonders how many times can we stand to have our hearts broken?  Answering a question from Moyers on “Informed Citizen Disorder,” he adds:

“Ever since I was in junior high school, I was taught that to be a good citizen meant you needed to know what was going on in your country and in your world. You should read the paper, you should pay attention to the news, that’s part of your responsibility of being an American.

And the problem, especially in recent years, is the more informed I am, the more despondent I am, because day after day, there is news which drives me crazy and I want to see the public rise up in outrage and say, no, you can’t do that, banks. You can’t do that, corporations. You can’t do that polluters, you have to stop and pay attention to the laws, or we’re going to change the laws.

…every time that doesn’t happen…something bad happened and nothing was done about it…the sadder one is when you consume all that news…all the incentives are perverse. The way to be happy, to avoid this despondency is to be oblivious to it all, to live in Aldous Huxley’s ‘Brave New World.'”

Despite everything, Kaplan remains an optimist.  “I have kids,” he says, “I have to be.  The world has kids, we have to be.”  The alternative to optimism, Kaplan warns, is to “medicate yourself with the latest blockbuster and some sugar, salt, and fat that’s being marketed to you.  The only responsible thing that you can do is say that individuals can make a difference and I will try…”

Not the happy-happy answer we’d get from the “infotainment” world, but though Kaplan is an optimist, he’s not going to feed us bullshit.  I urge everyone to listen to the interview or read the transcript.  A key finding with learned helplessness that researchers discovered and Kaplan cites, is that since it is based on perception rather than fact, it can be quickly reversed.  We’re not there yet, he thinks, but maybe as people become more and more unhappy with the state of affairs around them, a critical mass is building that will lead ordinary citizens to demand change as we have done in the past.