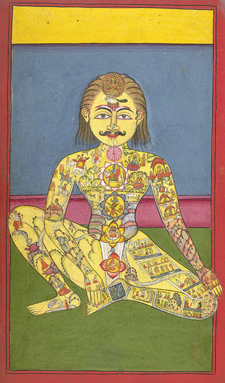 One of the key themes emerging for me this year, both in living and blogging, involves mental hygiene, in particular, watching what ideas and thoughts I dwell on. I tried to express it in posts like Guarding the Mind and The Wishing Tree Revisited. Cheri Huber a Zen teacher, sums it up like this: “The quality of your life depends on the focus of your attention.”

As I check out things online, I bookmark articles that look like they might lead to interesting posts. Several recent posts center on a parallel theme,  the intimate connection of mind and body.

The first comes from Julieanne Victoria’s blog, Through the Peacock’s Eyes. In a post called, Effect of Thought on Health and the Body, she describes a small book by James Allen, amazing because of its visionary nature – it was written in 1902 and published in 1920.

Nowadays we’re used to seeing people practice Tai Chi in parks. We find yoga classes at local gyms and hear of corporate executives learning mindfulness meditation. A discussion of the ends and means for lifting such practices out of traditional contexts is a topic for another time. The point is, general awareness of the mind-body connection snowballed in the west in the latter half of the 20th century. I think it’s just beginning, which makes James Allen’s conclusions, penned 112 years ago, all the more unique.  Check out Julieanne Victoria’s post. It is inspiring to read these words of a man who understood these truths before almost anyone else in our culture.

One manifestation of the mind-body connection that everyone knows about involves stress. Stress is bad and A-Types have it worst, right? What if you learned, as I did in a recent NPR article, that almost all of the studies that created “stress” and “A-Type” as modern words and concepts were funded by big tobacco companies, seeking to prove that stress and not cigarettes, cause heart problems and cancer? This article is an eye opener, and not because of this single topic. It’s illuminating to see how far money can go in creating the “truths” we try to live by.

The final post that caught my attention comes from the Scientific American Blog, What does Mindfulness Meditation do for your brain. Leaving aside all questions of what might be lost in separating mindfulness practice from it’s Buddhist context, the benefits appear to be compelling:

“It’s been accepted as a useful therapy for anxiety and depression for around a decade…It’s being explored by schools, pro sports teams and military units to enhance performance, and is showing promise as a way of helping sufferers of chronic pain, addiction and tinnitus, too. There is even some evidence that mindfulness can help with the symptoms of certain physical conditions, such as irritable bowel syndrome, cancer, and HIV.”

Beyond these experiential findings, the Scientific American post presents a powerful physiological finding. MRI scans of people after an eight week mindfulness meditation course show the amygdala shrinking. This is the brain’s fight or flight center, associated with emotion and fear. At the same time, the pre-frontal cortex, “associated with higher order brain functions such as awareness, concentration and decision-making,” becomes thicker. In addition, brain links are altered: “The connection between the amygdala and the rest of the brain gets weaker, while the connections between areas associated with attention and concentration get stronger.”

These few posts are just the barest notes on a huge topic, but one I find fascinating. I’ll be posting more as I see more interesting stories along these lines.

12 thoughts on “Notes on the Mind – Body connection”