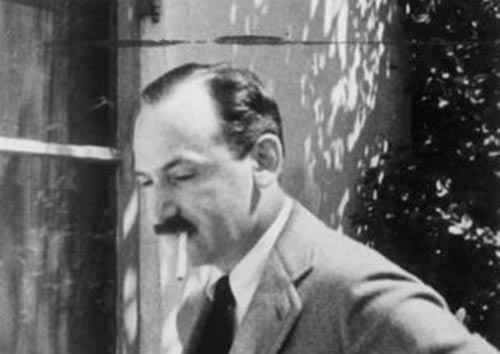 USA Today reported that Friday, in a Detroit area Walmart, a woman with a concealed carry permit pulled a gun after two other women started pulling her 20 year old daughter’s hair in scuffle over the last available notebook in a back-to-school-sale.

The gun brought this to national attention, but after I got the snide comment about “well ordered militias” out of my system, I sat with the underlying question, far more mundane and depressing at the same time: why does violence over a notebook come as no surprise in our nation today?

I thought of Nathanael West , a little known author during his lifetime, who worked as a screenwriter on hack movies in Hollywood, and wrote four novels, filled with biting social satire. His friend, the poet, W.H. Auden coined the phrase, “West’s Disease,” for the angst that comes from realizing the spiritual and economic poverty of much of what passes for “the American Dream.”

Nathanael West’s final and best known work (which featured a woebegone character named Homer Simpson) was The Day of the Locust, published in 1939, the year before he died in a car accident.

West saw 1930’s Hollywood the peddler of tragic illusions. Day of the Locust features striking images of people who worked and saved their whole lives to move to southern California to “live the dream,” in a world that promised year-round warmth and sunshine, oranges in December, and skies filled with airplanes.

Eventually, West said, these same people found themselves hoping one of those airplanes would crash, for the sake of a little variety in lives that year-round sunshine could not illumine.

The book ends with these same frustrated seekers milling outside a movie theater, waiting for a glimpse of movie stars as they arrive for a premier. The crowd riots and kills Homer Simpson after he attacks an annoying boy from the neighborhood who hit him in the face with a rock.

Do we imagine that broken dreams are confined only to times of economic hardship? We all know better than that. Another sharp-eyed author and social critic, Michael Ventura, wrote an essay called, “Report from El Dorado,” in 1985, during the Reagan years, the early days of the tech boom, when the word, “yuppies” was born.

The essay begins with this statement: “To go from a job you don’t like to watching a screen on which others live more intensely than you is American life, by and large.”

We read people like Nathanael West and Michael Ventura because especially at a time like this – what we might call a national “inflection point” – it’s important to find the clarity and courage to ask large and important questions about the way we live.

Until we do, individually and collectively, I fear that anger fueled by disillusion will continue to erupt, and more and more of us will hurt ourselves and each other.

3 thoughts on “The Day of the Locust at Walmart”