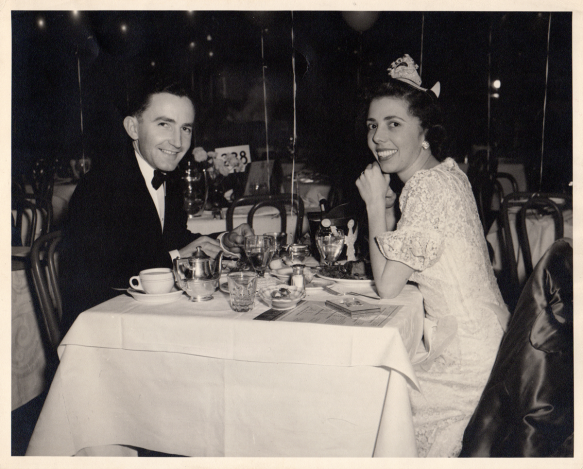 Forty-five years ago, at the start of the week before Mother’s day, my mother, June Patricia Mussell, spent a happy morning starting a new watercolor in the orchard in Saratoga where West Valley College now stands. She returned home around noon, happy with the start of her new painting.

According to my father, they had a nice dinner that evening, and fell into reminiscing about the life they had shared together. That night, just after 11:00, she collapsed on the bathroom floor. At age 52, she had suffered a massive stroke. A few days later, on May 7, two or three days before Mother’s Day, with no chance that she would regain consciousness, my father requested she be taken off life support, and she was gone. I was in Phoenix and flew home the next day.

Here are a few things that have recently come to mind about my mother these 45 years since the day of her passing. She had a lifelong love of art, nature, and literature. Hers was an imaginative nature, one that could turn even seeming mundane events into adventures. She had a spiritual  hunger too – both my parents did, but hers, I think was compelling, a driving force in her life. After I left home, we’d scoop each other on books worth reading. When I discovered  Lord of the Rings, I sent her a paperback set, and she fell in love with Tolkien too.

Not all of her attributes were beneficial, either to her or those around her. She was a lifelong worrier, resulting more than anything else, I believe, from the death of her father as the result of a freak accident, when she was only seven. She spent most of her life with an eye toward where the next blow was going to fall. That was a trait that I picked up, and still have to work to resist.

Like everyone else, at times, I had stormy relations with both of my parents. They’re gone now, and I’ve come to see them simply as fine people with flaws, like everyone else, who did the very best they knew how for my sister and me. In some cases, they didn’t even recognize the power of the gifts they gave. Here is one example that is worth telling in detail: END_OF_DOCUMENT_TOKEN_TO_BE_REPLACED