“Crazy Wisdom” is an attribution given to certain “unconventional” holy men in eastern traditions, but it applies equally well to some of our western saints. Saint Francis preached to birds and wolves, while Aquinas, after a lifetime of scholarship, had a vision at the end of his life that caused him to declare that all of his writings “were so much straw.”

“Crazy Wisdom” is not some rarified, exalted state of mind, accessible only to the gifted few. Tenzin Wangyal Rinpoche, a Tibetan Bon Buddhist master with whom I have been privileged to study, says that when a person is able to cut through conditioning and begin to connect to their Source, their Inner Wisdom, one typical reaction is flexibility and freedom from our own “knee-jerk” reactions, as well as from cultural conventions that have lost their meaning or usefulness. No one said it better than Emily Dickinson:

Much Madness is divinest sense (620)

Much Madness is divinest Sense –
To a discerning Eye –
Much Sense – the starkest Madness –
‘Tis the Majority
In this, as all, prevail –
Assent – and you are sane –
Demur – you’re straightway dangerous
And handled with a Chain –

I know of no simpler and better illustration of how this works than Picasso’s “Bull’s Head,” a found object sculpture he created in 1942. He was looking for “ready made” objects in a junkyard, and saw a bicycle seat lying near a pair of disconnected handlebars. In that instant, the Source of creativity within him saw a pattern no previous artist had.

Why Picasso but none of the bicyclists or sculptors before him? Tenzin Wangyal would say that he was present, fully aware, with a mind empty of other concerns. He wasn’t focused on what he was going to have for lunch or any of the other myriad concerns that occupy most of our waking hours.

Again, this vision of new connections is not reserved for famous artists, but is available to anyone who can find a way to clear their vision and mind and tune into the moment. Nothing, nothing, nothing may be more important at this time, when “the starkest Madness” rules our land.

To again quote Buckminster Fuller, in the previous post: “You never change things by fighting the existing reality. To change something, build a new model that makes the existing model obsolete.”

An added benefit is that this kind of thing drives literalists nuts. Beancounters and most politicians can’t deal with this sort of ambiguity. “There’s something happening here, but you don’t know what it is, do you, Mr. Jones?” sang Bob Dylan 50+ years ago, and it may be even more true now.

So go out and have some fun and be subversive – find some connections you’ve never noticed before!

One summer when I was working in high-tech, I had the following experience for several weeks: I’d leave the house, enjoying the fine weather. After a pleasant enough commute, I’d grab some coffee at the cafe, greet co-workers who were doing the same, and then find myself, when I arrived at my cubicle, in a foul mood, angry, and/or depressed.

Finally, I began to notice the almost subliminal self-talk that started the moment I hit the parking lot: imagining negative outcomes for everything I had going on that day. I’d picture meetings, or presentation, or projects falling apart. A quiet but persuasive inner voice would label co-workers’ motives in the harshest light. My boss at the time was a friend who had just finished his MBA and was still finding his way by trial and error. This made him a perfect projection screen. I’d sometimes find myself wondering if he was now out to get me.

Once I caught this inner thought train and started to listen, it fell apart, as such things do in the light of day. This is one key result of mindfulness practice: attend to a thought – any thought – and it begins to shift and change, revealing its nature as something far less substantial than we think. Jung had a parallel insight when he realized, “My thoughts are not my own,” and compared them to animals encountered while walking in the forest. 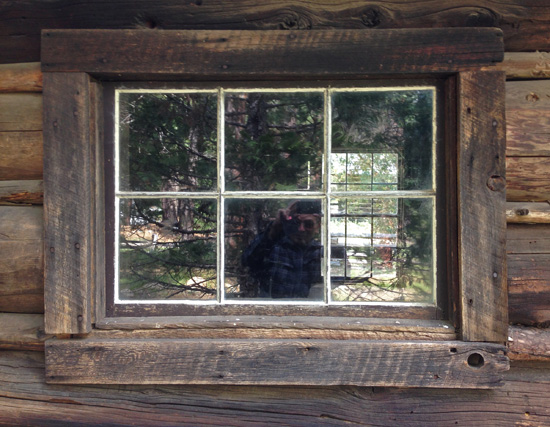 Since that summer, I’ve learned to listen more closely for thoughts flying under the radar. That’s part of what prompted several posts this spring with the theme of consciously choosing where to place the attention. A recent post on the Shambhala Publications blog quoted a verse along these lines written more than 1200 years ago. A Guide to the Bodhisattva Way of Life by Shantideva (c. 685-763), a great Buddhist master and scholar, is still widely studied today (see note 1 below). In chapter 11, “Vigilance,” he deals with guarding the mind against against unwholesome states, for this is where all our actions are born. The chapter is composed of 109 quatrains. Here are the first three:

1.
Those who wish to keep a rule of life
Must guard their minds in perfect self-possession.
Without this guard upon the mind,
No discipline can ever be maintained.

2.
Wandering where it will, the elephant of the mind,
Will bring us down to pains of deepest hell.
No worldly beast, however wild,
Could bring upon us such calamities.

3.
If, with mindfulness’ rope,
The elephant of the mind is tethered all around,
Our fears will come to nothing,
Every virtue drop into our hands. 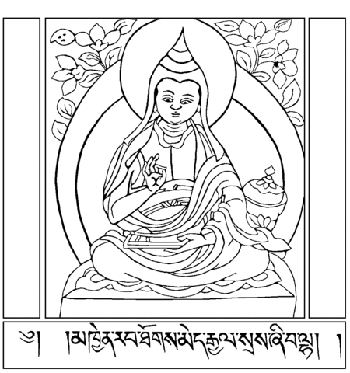 Many of the thoughts, suggestions, and practices were similar to Shantideva’s writing as well as a more recent statement by the Dalai Lama. I am even aware of both Buddhist and Christian scriptural practices for wearing imaginal armor to shield the heart/mind from negative influence. I would not be surprised to find similar practices in other spiritual traditions.

I’ve been fortunate enough to have a few days away from my usual routines and concerns to consider these things. I’m struck again, as I was in the work episode I related above, by how subtle the negative inner voices can be.

Another bias I find in myself was articulated by James Baraz, a Buddhist meditation teacher in an article on the Huffington Post, Can We Afford Joy in a World of Suffering. Baraz describes “the Kumbaya factor,” as the fear that if we consciously turn away from what is negative, we may simply wind up “in La-La Land singing Kumbaya.”

Everyone has to work this out for themselves, but Baraz makes several key points. Depression saps our energy. No one benefits self or others while wondering, “what’s the use.” In the work experience I related above, I wasn’t the best of co-workers while imagining others were out to get me.

I’m reminded of a story I heard several times in college. In 1927, Buckminster Fuller walked to the shores of Lake Michigan, thinking to end his life. He had just lost his job and felt responsible for the death of his daughter a few years earlier. He would later tell lecture audiences that as he looked into the waters, he felt surrounded by light and heard an inner voice say:

“You do not have the right to eliminate yourself. You do not belong to you. You belong to the Universe. Your significance will remain forever obscure to you, but you may assume that you are fulfilling your role if you apply yourself to converting your experiences to the highest advantage of others.” (Fuller)

The experience led Fuller to re-examine everything and resolve to live his life as “an experiment, to find what a single individual [could] contribute to changing the world and benefiting all humanity” (see note 2 below). In this epiphany, Fuller locked onto the same truth that Shantideva articulated 1200 years before:

54.
Examine thus yourself from every side.
Note harmful thoughts and every futile striving.
Thus it is that heroes in the bodhisattva path
Apply the remedies to keep a steady mind.

55.
With perfect and unyielding faith,
With steadfastness, respect, and courtesy,
With modesty and conscientiousness,
Work calmly for the happiness of others. 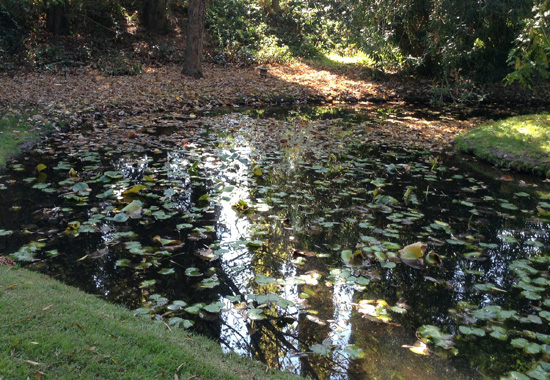 (1) In Buddhist terminology, a Boddhisattva is one who vows to seek spiritual awakening not for self alone but for the benefit of others.

(2) Some historians, finding no account of Buckminster Fuller’s epiphany in his writings for 1927, have wondered if he made up the story later. I can only speak for myself and observe that I’ve never put my most profound experiences in a journal: the writing is too pale, and there’s no need, since the events themselves remain vivid.