On Tuesday night, while I was watching the episode of Ken Burns’ Country Music that featured Hank Williams, my friend Randolph sent a text message about people who are up at 3 am – “writers, painters, poets, over thinkers, silent seekers and creative people.” He wondered if I was among them.

The answer is not very often, at least since the end of my misspent youth, but we can all feel that dark, haunted hour viscerally in the music of Hank Williams. I’m So Lonesome I Could Cry, for instance, has the feel of a shabby little room, lit by a bare lightbulb, at 3:00 am, reeking of stale cigarette smoke, when the whisky is gone and the liquor stores won’t reopen for a few more hours:

“I’ve never seen a night so long
When time goes crawling by
The moon just went behind the clouds
To hide its face and cry.”

Those times when I’m up and sleepless at 3:00 am I have always called “the hour of the wolf.” Google on the phrase and you mostly get reviews and analysis of Ingmar Bergman’s film of that name – not one of the best from his surrealist phase, IMO, but the trailer offers a good definition of Hour of the Wolf: “The hours between night and dawn. The hour when most people die, when sleep is deepest, when nightmares are most real. It is the hour when the sleepless are haunted by their deepest fears, when ghost and demons are most powerful, the hour of the wolf is also the hour when most children are born.”

In searching on the phrase, I discovered an earlier Hour of the Wolf post on this site, uploaded in July, 2012. In it, I quoted another good definition from the 1996 “Hour of the Wolf” episode of Babylon 5:

“Have you ever heard of the hour of the wolf? … It’s the time between 3:00 and 4:00 in the morning. You can’t sleep, and all you can see is the troubles and the problems and the ways that your life should’ve gone but didn’t. All you can hear is the sound of your own heart.”  – Michael J. Straczynski, writer, Babylonian Productions.

Any time I think of the Hour of the Wolf or 3:00 am, I think of Michael Ventura, a brilliant journalist, versed in Jungian and post-Jungian psychology, who co-wrote, with James Hillman, We’ve Had 100 Years of Psychotherapy and the World is Getting Worse.

I was fortunate enough to encounter Ventura over the course of a weekend when he was a visiting lecturer when I was studying psychology. My thoroughly worn copy of his book, Shadow Dancing in the USA contains a number of early essays from the series, “Letters at 3am” that he wrote over several decades, first for the LA Weekly, which he cofounded, and later for the Austin Chronicle.

Ventura is nothing short of a visionary. In 1986, when he published Shadow Dancing, a time that many recall as one of the “good old days” eras of this country, Ventura saw something darker, more tumultuous in the shadows. The title of the introduction to Shadow Dancing, It’s 3 a.m. Twenty-Four Hours a Day, refers to the malaise that everyone has come to feel clearly in the 33 years since the book was published:

“…what you are doing – standing in the dark, full of conflicting emotions – isn’t that what the whole world is doing now?

…the world’s clock is at about 3 a.m. of the new day, the new civilization. For the new day doesn’t start at midnight. The new day starts in darkness. Right now it’s 3 a.m. in whatever we will call that period of human history that comes after A.D.

When your clock reads 3 a.m. it’s a time of separateness, of loneliness, of restlessness. Nothing on television, nothing in the newspaper, nothing much anywhere that suggests that our restlessness, felt so privately, is part of something huge, something alive all over the world…”

I find that to be a very powerful thought – at 3 a.m., the Hour of the Wolf, it isn’t really that personal anymore… 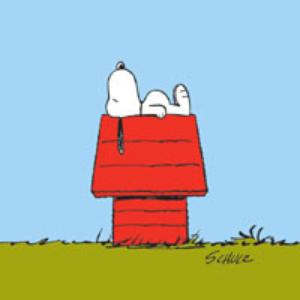 I posted my first article here three years ago today – I thought it was the 30th until I looked it up a little while ago. There are more pressing dates to remember in June – our wedding anniversary for one, and the dog birthdays, but this occasion brings to mind some things I discovered that first summer of blogging.

A few days before my first post, I attended an all day blogging seminar hosted by the local branch of the California Writer’s Club. The teacher had an unusual qualification – he actually made a good living as a blogger.  He did this by running eight different blogs on eight different topics which gained him 50,000 – 80,000 hits a month.

Beyond passing along the mechanics of WordPress, the seminar was geared toward his approach, which aimed at drawing advertisers and eyeballs.  At first I tried to follow his rules, ones like “Posts should run between 150-250 words in length.”  I still mostly aim for the 150 minimum – I trust his research suggesting that Google’s search algorithms favor messages at least that long, but I’ve tossed almost all his other rules.  I did so because something unexpected began to happen  – blogging took on a life of its own.

I’d taken the seminar for the worst of reasons.  I had finished one novel and started another, and I fell prey to the notion, passed around in writing groups and magazines, that aspiring writers should migrate to social media “to build their platforms.”

From the start, this advice reminded me of something annoying that periodically happened in my technology day job.  During cyclical downturns, when vertical mobility dried up, upper management would dream up busy-work tasks, like “write a five year career plan.”  Given the dizzying pace of technological change, almost any kind of five year plan seemed like a joke.  Fortunately, my supervisor agreed, so I’d email him something like, “My plan is to still have a job in five years,” and he’d mark it “Done.”

Once the blogging door started to open, I did something similar with the concept of “platform:” borrowing the tech concept of “just-in-time inventory,” I decided to wait until I needed one!

That may be a long wait, as it turns out, because the “blogging door” was a new entryway into writing-as-a-way-to-discover-things.”  That was a door I’d let close on my fiction, because of inexperience more than anything else.

When I started my first novel, during a sabbatical from work, I would sometimes jump up at 5:30am, wide awake.  “I wonder what’s going to happen today?”  Later I realized the first novel was a mess, though I loved every minute of writing it.  I joined groups, attended seminars, and devoured how-to-articles.  Somewhere along the line, my stories stopped being mine.  Once I knew what was going to happen on any particular day, I was no longer interested.

The blogging door remains open.  Here I make new discoveries, surprising myself, and never know for sure where it’s going today.  I also get to share the amazing discoveries of others, like the post I re-blogged last week in which Kristen Lamb presents a simple but powerful way of keeping the doors of discovery open in fiction (Write FAST and Furious).

I enjoy many blogs that have a singular focus, and this week of milestones, I found myself recalling the words of that first blogging teacher, who advised that this is the only way to go.  I entertained the notion for maybe 60 seconds.  It simply wouldn’t work for me, a poster boy for the late James Hillman’s concept of “the polytheistic psyche.”

As Michael Ventura, a journalist and friend of Hillman’s put it:  “For too long Western thought has mistaken the impulse to unify for the entity itself (the psyche) that needs such an impulse because of it’s very multiplicity.”

Ventura also said, “If you are the only one in the room, it is still a crowded room.”

In the beginning, I called this blog, “thefirstgate,” singular.  I discuss the source of the name, the opening of T.S. Eliot’s The Four Quartets, in my About page.  Then, as I discovered there are other interesting “first gates,” I made the name plural, and even registered the domain name, firstgates.com.

In the Spring of 2012, I received a notice that a similar domain name, thefirstgate.com (singular) had become available, and I could buy it.  I did so, and since then, I’ve played with the notion of changing the name to emphasize my original inspiration.

I began this post, intending to announce a change to the singular form.  Then I came upon this passage in Michael Ventura’s Shadow Dancing in the USA, 1985 (out of print).  Here he describes the theory of “the polytheistic psyche:”

“…the notion that we have not a single center, but several centers; that each of these centers may act independently of each other; and that each center has in turn various active aspects, or shadings; and that all these centers are unified more by an atmosphere, an overall mood and rhythm, than by anything as solid as…an ego.”

No way, after reading that, could I surrender an ounce of multiplicity!  So on the occasion of this anniversary, I will predict more of the same – not knowing quite what I’m going to say when I sit down to write.  False starts and dead ends on occasion, but hopefully, ongoing and interesting surprises for all of us.