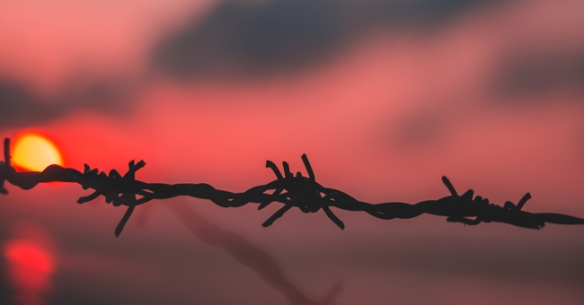 Some 20 years ago, I came upon an online article by an elderly German man, responding to a question those of his generation were often asked – “How could you let the Holocaust happen?”

He said it came about over time, in incremental steps – like the old story of boiling a frog by turning the heat up slowly. “There was never a single incident so different from the ones that proceeded it that large numbers of people had a reason to take to the streets…By the time rumors of a ‘final solution’ reached us, we were too dispirited and fully compromised.”

The administration’s chaos style of governance effectively pushed the issue out of mind through its regular deluge of outrageous acts. Fortunately, one clueless administration lawyer may have turned the heat up too high by claiming that it is “safe and sanitary” to deny soap and toothbrushes to immigrant children, and have them sleep on concrete floors under bright lights (1). This appears to have set off a firestorm of outrage – hopefully enough to to spur some action.

Here are some links to various takes on the situation, beginning with some concrete suggestions on what concerned people can do to #CloseTheCamps:

What You Can Do to Close the Camps.

An Expert on Concentration Camps Says That’s Exactly What the US is Running at the Border. “Many of the people housed in these facilities are not “illegal” immigrants. If you present yourself at the border seeking asylum, you have a legal right to a hearing under domestic and international law.”

America Was Never Great. Behind the Flag is a Harrowing History. The shadow cannot be ignored if an individual, an organization, or a nation is to grow.

If Your Church is Silent Right Now, You Should Leave it. 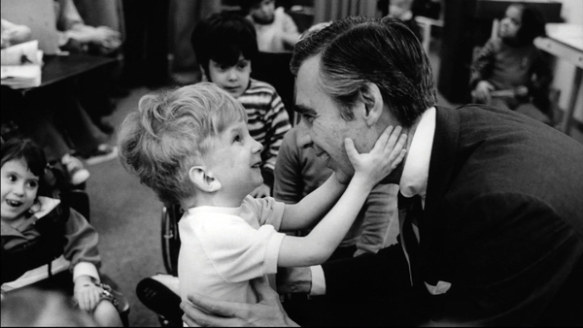 Fred Rogers and fan in “Won’t You Be My Neighbor?”

In “Won’t You Be My Neighbor,” this summer’s biographical film about Fred Rogers, he says “Love – or its absence, is all that really matters.” The sincerity and quiet strength of the man, an ordained minister who chose to express this philosophy through the medium of children’s television, is one of the reasons the movie won a 99% rating on Rotten Tomatoes.

As I watched Rogers’ interaction with children, the only comparison I could think of was clips I’ve seen of the Dalai Lama with young people. Both men – bodhisattvas by any reckoning – never lost their connection to the wonders and terrors of childhood.

I also thought of Saint Francis during the scene of Fred Rogers with Koko the Gorilla, who watched him on TV and was a fan.

At the end of the movie, we see a world that is changing for the worse. In a clip from a Fox News broadcast, commentators condemn Rogers for teaching children that they are all precious and lovable just the way they are. Let that sink in for a moment!

After his death, protestors gathered across from his memorial service to condemned him, not because they thought he was gay (he wasn’t), but because he accepted gays. One child in the crowd who looked miserable – in contrast to the children on Mr. Rogers’ show – held a sign reading, “God Hates America.” If Rogers had been there, he might have reminded the child and his parents that Jesus’ response to everyone he met was, “Neither do I condemn you.”

“Mr. Rogers’ Neighborhood” first aired 50 years ago this summer. Watching this movie, I thought of the voice-over during the opening scene of Gandhi: “People of the future will find it hard to believe that such a man existed.”

Fifty years ago, America felt like felt like a nation torn apart: an escalating war in Vietnam; the assassination of Martin Luther King and the riots that followed; the assassination of Robert Kennedy and the police riot at the Democratic convention, were punctuation marks in a year of one bad headline after another. Frightening times, yes, but no one living then would have ever imagined a summer in which we’d see children caged in concentration camps as a fascist administration, emulating the tactics of 20th century dictators, tries to stir up anger and fear at a people convenient to scapegoat. Fred Rogers would have been heartbroken!

What would he have done?

The movie showed Rogers’ testimony before a congressional committee that seemed determined to gut funding for PBS. With quiet sincerity, in a brief speech, he convinced them to do otherwise. He would have certainly found a way to speak before congress.

Beyond that, it’s impossible to say, but it seems that those who behave as heroes in the face of naked evil – people like Gandhi, Martin Luther King, the Dalai Lama, and others, find ways to avoid growing numb in the face of repeated outrage, while keeping the anger alive, but under control, so it can be harnessed as energy.

One thing Mr. Rogers would have certainly told us is this: in the 2014 midterm elections, only seven states saw a voter turnout higher than 50% (source: The United States Elections Project). He would have made certain that every child in the audience understood how important it is that this November be different.

Now that Rogers is gone, it’s up to us to figure it out for ourselves!