Today I finally saw 1917. All the accolades for director Sam Mendes’ film about World War I, are deserved. Those who follow this blog know that the history of this tragedy continues to haunt and fascinate me.

A year ago, I posted a review of They Shall Not Grow Old, Peter Jackson’s documentary of the conflict, based on digitally enhanced film taken during the war, and recorded interviews with veterans. Jackson’s film is brilliant, but no movie I’ve ever seen gives as visceral a feel for life in the trenches as 1917. The mud, the rats, the bodies, the stench of dead horses in no man’s land and the constant shelling are vividly depicted. As Mary observed, it’s clear where Tolkien found the imagery for Mordor! Mendez includes key historical details, such as the chalky soil of Flanders and the sophistication of the German trenches, built with with reinforced concrete.

Although Mendez states that the story and central characters are friction, he grew up listening to stories told by his grandfather, Alfred, who carried a critical message across no-man’s land, under sniper fire, during the battle of Passchendaele in late 1917.

As many reviewers have noted, one detail of the cinematography is stunning – the entire movie is filmed with just one cut. The result is the feeling of being right with Blake and Schofield as they struggle to cross a deadly wasteland in their race against the clock, with a message that must be delivered by morning to save the lives of 1,600 of their comrades.

This is an unforgettable movie that I highly recommend!

Cemetery at Poziers, France, in the Somme River Valley

“I’ve never met a grandson of someone who fought on the Somme, or a granddaughter, who hasn’t said to me, ‘My grandfather never recovered.'” – Sir Martin Gilbert, historian.

One hundred years ago this morning, at 7:30am in northern France, 150,000 British, Canadian, Australian, and French troops went “over the top” to attack German trenches along a 40 km. front in the Somme river valley. Six months in planning, the assault was designed to break through the German lines and end the war in the west.

When the battle ended four and a half months later, more than a million men on both sides lay dead or wounded. British and French troops had gained just six miles of mud, strewn with corpses, many of which had lain unburied for months.

“The most gigantic, tenacious, grim, futile and bloody fight ever waged in the history of war.” – Lloyd George, on the Battle of the Somme.

When the first day’s casualty reports – 19,240 dead and 38,230 wounded – reached British headquarters, the high command assumed the figures to be mistaken; the battle plans, in the making for six months, were foolproof – they couldn’t go that wrong! The generals ordered the attacks to continue.

British Field Marshal Douglas Haig had launched a massive artillery barrage through the week before the assault to destroy the German trenches, not realizing that during the months of stalemate, the Kaiser’s troops had worked tirelessly on their fortifications. Some trenches were 30 feet deep in the chalky ground, reinforced with concrete and steel, with electric lighting, running water, and ventilation. An estimated third of the British shells fired were duds, and many that did explode were the wrong kind of shell – shrapnel rather than high explosive charges, which failed to damage the trenches or cut the barbed wire as planned. Quality control had suffered during the British effort to ramp up production of war material.

A few minutes before the attack began, the British detonated a series of mines that engineers had tunneled to place near the German lines. The effects were limited and not worth the clear signal they sent that the attack was about to begin. The craters soon became killing fields as the British troops struggled to cross them, with no cover, under fire from German machine guns placed along the eastern rims.

Many of the British troops were new volunteers and draftees.  On the assumption that to keep order, the inexperienced troops needed to march in close formation – and assuming the artillery barrage had cleared the barbed wire and dispatched the German defenders – the infantry was ordered to walk, not run, in close, shoulder-to-shoulder formations, carrying 70 pound packs which made dodging and weaving impossible anyway. Nine out of every ten men in a Newfoundland battalion were cut down in the first 40 minutes of the assault.

The units that fared best were those with young commanders, who ordered their troops to drop the packs, duck, and run forward.  Before the day was over, German gunners in the center of the lines, where the carnage was the worst, shut down their guns, unable to keep firing. They simply watched in silence as the British retreated with as many wounded as they could carry.

“When we started to fire we just had to load and reload. They went down in their hundreds. We didn’t have to aim, we just fired into them. – German machine gunner.

July 1, 1916, was and remains, the worst day in British military history. A generation later, during the Normandy invasion, it was a full 20 days before the combined British and American casualties would equal those of the first day of the Somme offensive.

One of the inexperienced members of “Kitchener’s army,” at the Somme was a young second lieutenant named J.R.R. Tolkien. Fortunately for millions of book lovers, his unit was held in reserve for the first week of the battle. Although he saw action and served to the best of his ability, he survived, unlike most of his school and university friends.

In October, Tolkien was struck down with Trench Fever, a serious illness related to Rocky Mountain Spotted Fever, and also carried by ticks, fleas, and lice. This was likely a godsend. He was evacuated to Britain weeks before Haig broke off the offensive. While recuperating in a hospital in Birmingham, Tolkien began a story about three mystic gems called the silmarilli in the first age of a place called Middle Earth.

While celebrating Tolkien’s survival, we can only wonder how many other gifts we have never seen because those who might have given them died in France.

The first American casualty of the first world war was Alan Seeger, a 28 year old poet. Seeger graduated Harvard in 1910, spent two years in Greenwich Village, and then moved to Paris, where he thrived in the bohemian atmosphere of the Left Bank. When war broke out, he joined the French Foreign Legion to defend the land he loved so much.

“We go up to the attack tomorrow. This will probably be the biggest thing yet. We are to have the honor of marching in the first wave.  I will write you soon if I get through all right. If not, my only earthly care is for my poems.”

Seeger did not advance with the first wave; his regiment was held in reserve until 4:00 pm on July 1, then ordered to advance on the village of Belloy-en-Santerre.  His friend, John Keegan, wrote in his diary:  “How pale he was! His tall silhouette stood out on the green of the cornfield. He was the tallest man in his section. His head erect, and pride in his eye, I saw him running forward, with bayonet fixed. Soon he disappeared and that was the last time I saw my friend. . . .”

These prophetic lines are from one of Seeger’s last poems, “I Have a Rendezvous with Death.” 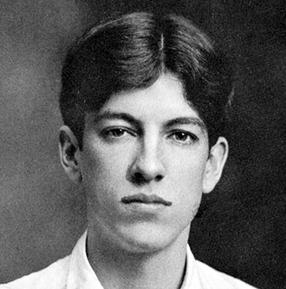 God knows ’twere better to be deep
Pillowed in silk and scented down,
Where love throbs out in blissful sleep,
Pulse nigh to pulse, and breath to breath,
Where hushed awakenings are dear…
But I’ve a rendezvous with Death
At midnight in some flaming town,
When Spring trips north again this year,
And I to my pledged word am true,
I shall not fail that rendezvous.

From “I Have A Rendezvous with Death” by Alan Seeger

Between July 1 and November 18, 1916, there were 420,000 British, 200,000 French, and 500,000 German casualties along the Somme. Though we only know and can tell a few of those stories, it is good to do so at the time of this centennial.  Lest we forget their sacrifice. And lest we again entertain the delusion that a war can end all wars…